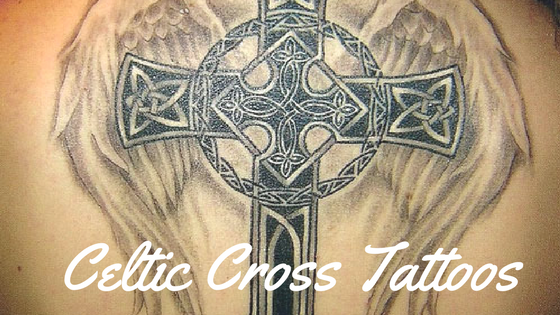 Celtic Cross Tattoos come from the Celtic history, which goes back thousands and thousands of years. Early Celtic people were well known for their skills in artwork of jewelry, metal, and even weapons. They were warriors as well, regarded as fierce fighters by the Romans. Throughout Ireland, there are many examples and evidence of Celtic artwork and Celtic Cross Tattoos.

What is a Celtic Cross Tattoo?

Over the years, modern Celtics evolved and established symbols for themselves along the way. Throughout North America, Celtic people often wear these symbols to let others know that they are a Celtic descent. The symbols and knowledge have been passed down through the years, as there is little no written history. Tattooing however, keeps the Celtic tradition alive with the infamous Celtic Cross Tattoos and other popular Celtic designs.

Most designs of Celtic Cross Tattoos and other Celtic tattoos come from Ireland, where the evidence of Celtic history is very strong indeed. The Trinity College found in Dublin, Ireland, contains many manuscripts that document the Celtic heritage and symbols. The height of tattooing with Celtic Cross Tattoos however, occurred during the era when stone and metal work was really popular.

Celtic knot tattoos are some of the most popular and most common designs, featuring loops with no end that symbolize a never ending cycle of dying and rebirth. There are also Celtic animal tattoo designs as well, which are similar in design to the knot tattoos, although the cords in the design normally terminate in heads, tails, and feet. The pure knot tattoo designs are normally never ending, unless an individual adds an end to symbolize a spiral.

Meaning of the knots in Celtic Cross Tattoos

The meaning behind the knots in Celtic tattoos defies any type of literal translation and is found at a much deeper level. The interlacing of the knots expresses the repeated crossing of both physical and spiritual elements. The strands and their never ending path is a popular design for Celtic tattoos, representing life, faith, and love. For many years, Celtics have used these designs for emotional as well as heritage purposes.

Those who are from a Celtic descent, Irish, Scots, or Welsh, normally find a Celtic tattoo or an Irish Cross Tattoo to be a great way to express their heritage pride. These tattoos help to reestablish pride, and give tribute to one’s ancestors. The tattoos aren’t easy to do, most taking several hours. Unlike other tattoo designs, Celtic tattoos are among the hardest designs in the world.

Hey, my name is Christian and I'm a fan of great tattoos.

You can find out more about which cookies we are using or switch them off in settings.